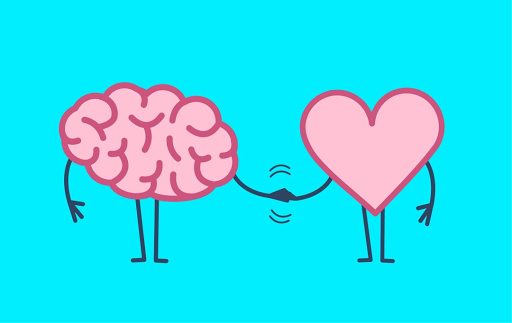 Today's post was written by my current attending, Steven Berger, MD. He wrote it for the residents to discuss. Something to ponder. (Goodness I am blessed to work with such wonderful compassionate attendings!)

Sympathy means similar. It consists of being similar to another person. For example, at a funeral, you express sympathy and say things such as: "You must feel awful," "I’m sorry for your loss," or "I can’t imagine what it’s like for you to lose a child." In a funeral setting, you are saying that you are supportive of the person in his sadness and that you stand beside him in his time of need. A friend feels and expresses sympathy.

In being sympathetic, you act as a friend standing beside the person. In being empathic, you act as a holy spirit co-existing with the patient in his experiencing his thoughts and feelings. You experience the patient’s thoughts and feelings with him. You demonstrate to him that he is not alone, that you are with him, that you are bearing his burden with him, you are on his side to deal against his struggles with him. You are more than just a team with him. You are one with him.

Personally, one of my favorite pieces on the difference between empathy and sympathy is a short, two minute cartoon by Dr. Brene' Brown. I first saw it during medical school orientation at Wake Forest. The images from this short clip have stayed with me since. It's definitely worth watching (click HERE to view), but in a nutshell Dr. Brown proposes that empathy consists of four key steps:

1. Perspective Taking, or putting yourself in someone else's shoes.

2. Staying out of judgement and listening.

3. Recognizing emotion in another person that you have maybe felt before.

4. Communicating that you can recognize emotion.

A way to understand empathy is one that I carried with me throughout my active ordained ministry and still use today. When I express empathy towards another who is hurting (whether spiritually, physically, or mentally) I picture the person who is hurting in a deep dark well (kind of like the one in the Brown cartoon above). I picture myself empathetically entering the well with the person to sit with them in their pain, but I also always picture the rope that maintains a connection to the outside. I picture that rope tied securely outside the well, and I hold onto while in the well. If you as the helper/healer do not maintain the grounding lifeline, the way out of the well, you will both just be wallowing in the darkness.

Thank you Dr. Berger for the thought provoking writing!
Posted by Rev Doc at 3:21 PM