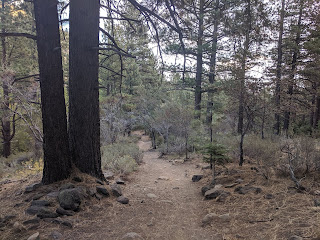 This week's focus is on spiritual health.

The Today Show interviewer asked me to name my favorite biblical verse. In the end I answered John 10:10, The thief comes only to steal and kill and destroy. I came that they may have life, and have it abundantly (NRSV).

This was in some ways a more difficult question than it might seem on the surface. When I approach holy scripture, I look at it on four levels. I look at the particular verse (which was what her question was focusing on). But I also look at that verse within the larger passage in which it occurs. And then I look at that passage with in the social context of the time and what meaning it would have conveyed. And finally, because scripture is alive and continues to re-reveal itself generation after generation, I look at how this timeless message might speak God’s word to us today. It is through looking at a verse with in this larger context that scripture is best interpreted. To just look at a single verse runs the risk of misinterpretation.

Let’s look at what the verse about abundant life might mean using this method. I used William Barclay’s The Gospel of John (vol 2) to help with the interpretation.

First, on the verse level what I hear is that there is a distinction between mediocre and abundant life. A lot of people live a life that is run-of-the-mill—not terrible, not plentiful, just average. And I think fear has a lot to do with it. Average is okay, but to risk pursuing something greater makes people afraid because there can be a lot to lose. For example, I hear people say that they’d love to do something, but then come up with endless excuses why they can’t. And most of those excuses seem to be based on fear. To me this seems like a terrible waste—when I hear this I think of an old dried out plastic kitchen funnel, with one’s life slowly swirling toward the small constraining end with fear being the dried out plastic that keeps them  limited and confined. Abundance isn’t for tomorrow; it is for today. In this verse the Greek phrase used for have it abundantly means “superabundance of a thing.” To follow Christ is to have a superabundance of life now AND in the future.

This verse falls within a larger section of the Gospel of John that addresses the doorway to (abundant) life:
So again Jesus said to them, “Very truly, I tell you, I am the gate for the sheep. All who came before me are thieves and bandits; but the sheep did not listen to them.  I am the gate. Whoever enters by me will be saved, and will come in and go out and find pasture. The thief comes only to steal and kill and destroy. I came that they may have life, and have it abundantly. (John 10:10 NRSV)
Just prior to this Jesus had painted the comforting and familiar picture of himself as the Good Shepherd, but his listeners were still not fully grasping the meaning so he switched to explaining that he himself was the gate.
His listeners would have known that villages had two types of enclosures for sheep to keep them safe at night. In the villages there was a literal gate that kept the sheep safely in the enclosure. But when the sheep were out grazing in the hills, they could come and go through a gateless enclosure, but at night once all the sheep were in the shepherd himself would lie down and sleep across the entry making himself the gate to protect the sheep. The listeners at that time would have recognized the well-known Hebrew phrase to “come in and go out” as a description of a life that is secure and safe and without fear. Knowing God through Jesus’ “gate” opens the door for a life where worries and fears are no more.
And isn’t that what abundant life is? It is when we seek to know God and trust that life is indeed in God’s hands that we can walk without fear and find the superabundance that is promised us all…